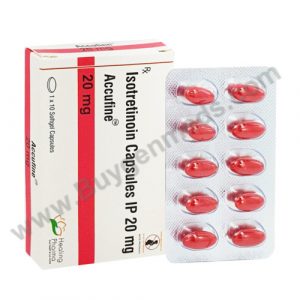 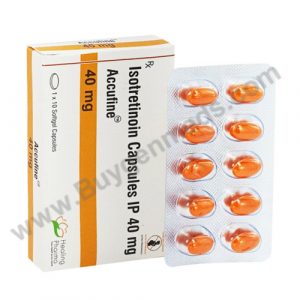 Accufine 30 mg Tablet belongs to a group of medicines called retinoids (vitamin A derivative). It is used to treat severe acne that has not responded to other treatments.

Accufine 30 mg Tablet used in the dose and duration as advised by your doctor. Take it with food, preferably at the same time each day to avoid a missed dose. It may take several weeks for your symptoms to improve but keep taking the medicine regularly to get the most benefit. If you notice no improvement after a few weeks, see your doctor again.

The most common side effects include dry skin, rash, and increased liver enzymes. They are not usually serious and often disappear after getting used to the medicine but if they bother you or do not go away, tell your doctor.

Accufine 30 mg Tablet may make you more sensitive to sunlight so you should limit your exposure to the sun. It may also make your skin more fragile. Avoid any waxing (hair removal), or laser treatments during treatment. Additionally, it may cause dryness of the mouth, lips, and eyes so drink plenty of water and use a moisturizer. This medicine may lead to birth defects, do consult your doctor if you are pregnant or planning pregnancy.

This Accufine 30 mg  used to treat severe cystic acne (also known as nodular acne) that has not responded to other treatment (such as benzoyl peroxide or clindamycin applied to the skin or tetracycline or minocycline taken by mouth). It belongs to a class of drugs known as retinoids. It works by decreasing facial oil (sebum) production. High amounts of sebum can lead to severe acne. If left untreated, severe acne may cause permanent scarring.

In Treatment of Acne

Accufine 30 mg Tablet helps treat acne by reducing the production of sebum (a natural substance) that causes acne. This kills acne-causing bacteria and prevents spots or pimples from appearing.

It usually takes a few weeks to have a noticeable effect so keep taking it even if it appears not to be working. Sometimes acne may get worse before it gets better, however, with proper use, your skin will get clearer. This medicine will help improve your mood and uplift your confidence as your skin becomes acne-free.

Accufine 30 mg Tablet helps in treating acne by inhibiting the function of sebaceous glands (oil glands in skin) thus, reducing the secretion of oil (sebum) in the skin. Accufine 30 mg Tablet also inhibits keratinization (development of a horn-like character by the epithelial tissue), which might be a cause of acne.

Side effect of  Accufine 30 mg Tablet

Most side effects do not require any medical attention and disappear as your body adjusts to the medicine. Consult your doctor if they persist or if you’re worried about them

Common side effects of Accufine

Accufine Accufine 30 mg Tablet  should be used with care since it is associated with significant adverse reactions. It should be used only for patients with severe nodular acne who are unresponsive to conventional therapy, including systemic antibiotics. In addition, Accufine 30 mg Tablet should not be used by pregnant women because it can cause severe birth defects.

2.Is Accufine 30 mg Tablet a steroid?

No, Accufine 30 mg Tablet is a retinoid (vitamin A) which is used to treat severe types of acne.

3.What are the recommended tests during Accufine 30 mg Tablet  therapy?

Your liver enzymes and serum lipids will be checked before the treatment is started. These levels will also be monitored 1 month after the start of treatment and subsequently at 3 monthly intervals unless more frequent monitoring is clinically indicated.

4.Is the effect of Accufine 30mg Softgel Capsule permanent?

It has been observed in many patients that a single 15-20-week course effectively cures the condition and prevents it from coming back. If at all a second course is required, one should wait for at least 8 weeks after completion of the first course. This is because experience with Accufine 30mg Softgel Capsule has shown that the symptoms in the patients with acne may continue to improve following treatment with Accufine 30mg Softgel Capsule.

5.Why is Accufine 30mg Softgel Capsule so dangerous during pregnancy?

If pregnancy occurs during treatment with Accufine 30mg Softgel Capsule then, there is an extremely high risk that the baby may be born with severe birth defects.

No, there are no reports of Accufine 30mg Softgel Capsule causing cancer. In fact, it may be useful in some forms of head, skin, and neck cancers.

7.What are the long-term side effects of Accufine 30mg Softgel Capsule?

A normal course of treatment of Accufine 30mg Softgel Capsule is 15–20 weeks. Therefore, the long-term effects of low doses have not been studied. However, it may have some effect on bone mineral density. It may decrease bone mineral density in some patients, resulting in osteoporosis or fractures. 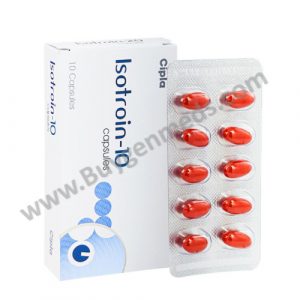 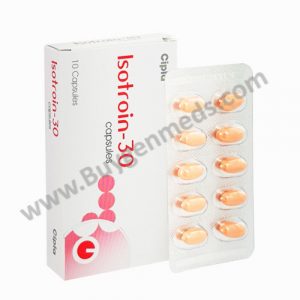 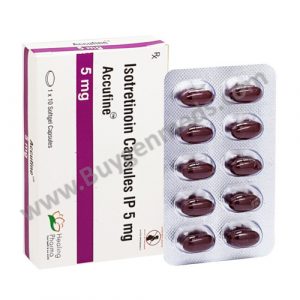 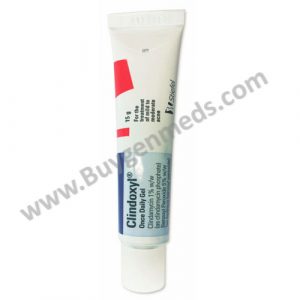 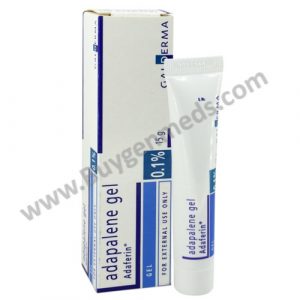